India now looking in great touch after tour of West Indies by wining all formats games. India working on building perfect T20 team for the next t20 worldcup 2020 so some changes are expecting in final playing eleven. India Skipper Virat Kohli and coach will select the best possible players and try to win the series to boost the team moral for the upcoming T20 World Cup in Australia.

#TeamIndia will take on @OfficialCSA in the @Paytm T20 Trophy from September 15.

Who do you reckon will clinch this series?#INDvSA 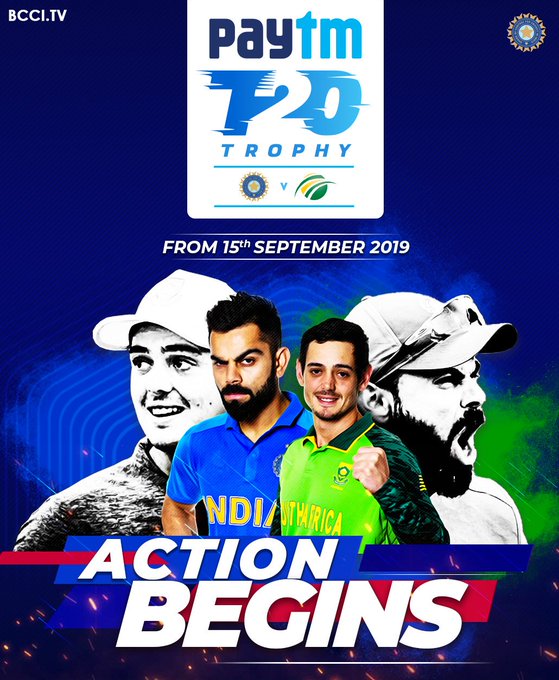 South Africa (Proteas) have pressure to perform good after bad performance in WC 2019. They have give very bad performance in worldcup 2019 England & wales. The have potential  to comeback & surprisingly wicket-keeper aggressive batsman Quinton de Kock now skipper of team.